Welcome to the Blog for our Australian Alps Young Explorer program. Follow along as these daring youth undertake their adventure at our National campus and in the nearby spectacular Namadgi National Park. Here you will find updates from the program including a written and photographic account of each day’s events. We will endeavour to update this blog by mid-day of each day. Sometimes the kookaburras take extra time to fly back to civilisation, so apologies in advance if a day’s adventures come in a bit late! Please join in and leave your comments; we’d love to hear from you!

We have a compact team this program, with five energetic boys ready to spent 5 days getting to know one another and challenge themselves. The group have come together quickly, and everyone is open to sharing ideas and working together on tasks. We are confident the time out will get them into the best frame of mind for when school resumes the following week.

The day started off as soon as everyone had arrived. First activity was Giant’s Ladder; climbing to the top requires faith, courage, and a lot of teamwork. It was a great way to set the scene for facing challenges throughout the week. Afterwards, the boys got creative and made a flag, with the intent on turning this into a set of headbands for everyone to take away.

There was a heat wave on today, which was the perfect excuse to spend two hours in the Murrumbidgee River. The boys then learned how to set up their campsite in the early evening before preparing their chicken Caesar salad dinner.

We have a team name: meet tribe Camel Wool. Without giving too much away, it’s a clever mash-up of where everyone comes from. In keeping with the warrior theme, a Tribal Ceremony was conducted in the evening of night one around the campfire where each Brave was given his headband.; each crown also bestows a warrior name.

The first morning was spent learning how to manage the campsite, including morning stretches and packing up to leave. The day’s activity was raft building: a welcomed water activity with the challenging heat. Tensions were high as Camel Wool pulled together their best creative ideas on how to build the most sturdy vessel. The success of the raft’s stability encouraged great laughs of triumph and group cohesion is strong.

Camel Wool are proving to be quite the natural chefs, cooking an excellent stir-fry over the campfire, and even making a mean hot chocolate. Things got deadly with a game of mafia, before everyone was sent to their bivvies for an early night. 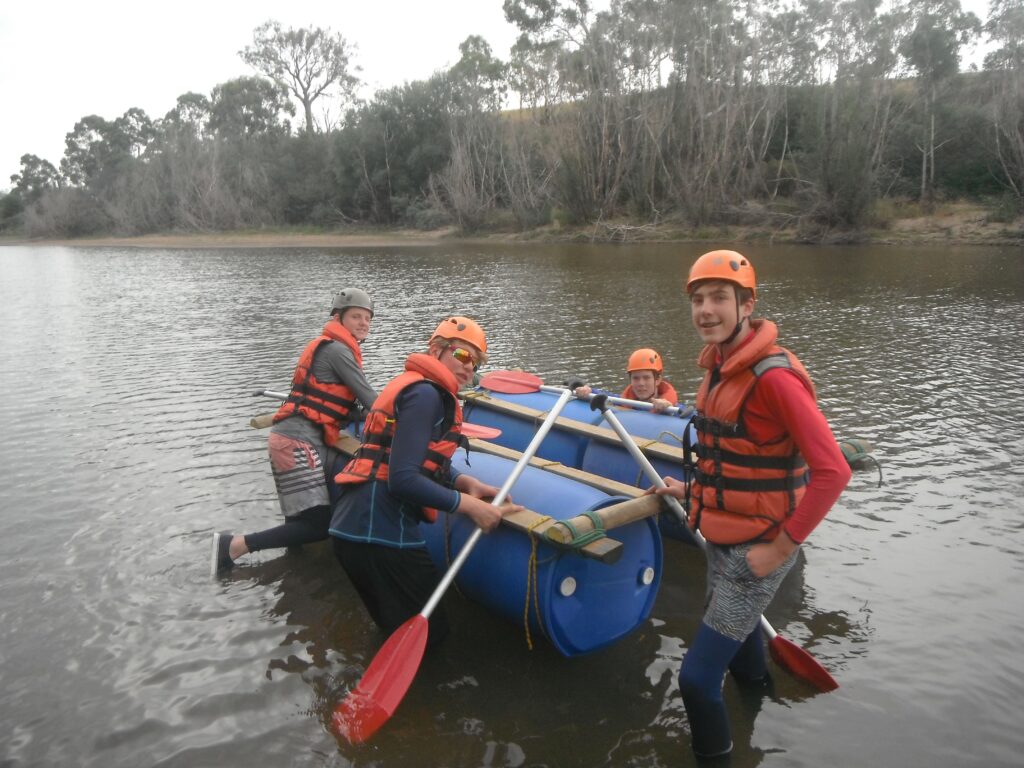 Day 3: The Story from the Braves

We got creative on a rock melon the night before then ate him for breaky! We pack up quickly and walked to the visitor center to wait for the bus. While we waited we played a few rounds of camouflage. The bus ride into the Orroral Valley took about 20 mins and once we got there we learnt about the old tracking station and discovered a couple of deep tunnels and tried to figure out what each room was from the ruins. The huge satellite cement pad and bolts were impressive.

There were also many kangaroos, the largest population in the whole of Australia! We had morning tea at the homestead and couldn’t believe how many kangaroos were hiding under the shade of a tree.

We continued walking to the Orroral Campground where we had lunch, then continued to the waterholes. This was the hottest part of the day so we thought cooling down in the river was awesome. We had slime fights, collected tadpoles, and slid down the mini natural water-slide. We had fun exploring and just chilling out until 6 pm, when we decided to head back to the camp ground to set up for the night.

A lightning storm rolled in just as we had finished cleaning up dinner and were getting into our sleeping bags. The sound of rain pattering on our bivvy’s was a new sensation to fall asleep by. One bivvy ended up having a stream running along the edge, but all stayed dry! We had a surprisingly good sleep even with the storm going into the early hours of the morning. It was an exciting new addition to our outdoors adventure. 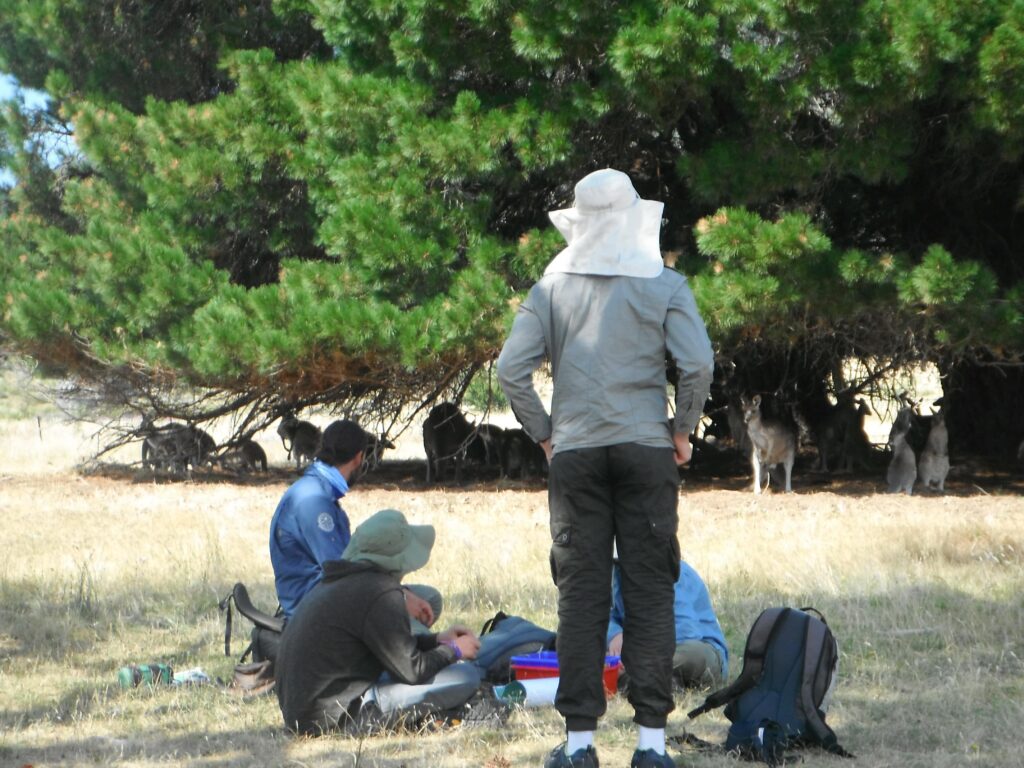 We woke up after a crazy storm and had warm Weetbix for breaky, after first packing away out sleeping bags and bivvies. We played multiple rounds of camouflage to warm up before wandering down to the river, where we did some outdoor science! Our instructors explained to us that we were going to test the water in the river for a community funded project called WaterWatch. With the water testing kits we found the oxygen, nitrogen, phosphorous and conductivity (salt content) of the water, as well as the turbidity (murkiness), pH and temperature. We compared the measurements we got with the information sheets and found the river’s quality was pretty awesome! No wonder the tadpoles were thriving [parents, look at the photos from yesterday].

We then played a few more rounds of camouflage before the bus came and drove us back to Base. From here we spent the afternoon challenging ourselves on the climbing wall. We all made it to the top of a climb and decided to add an extra challenge of timing ourselves and turning it into a competition. We learnt how to belay each other safely and some great climbing techniques.

After dinner we played some more camouflage followed by backyard cricket until there wasn’t enough light and it was time to crawl into our sleeping bags. 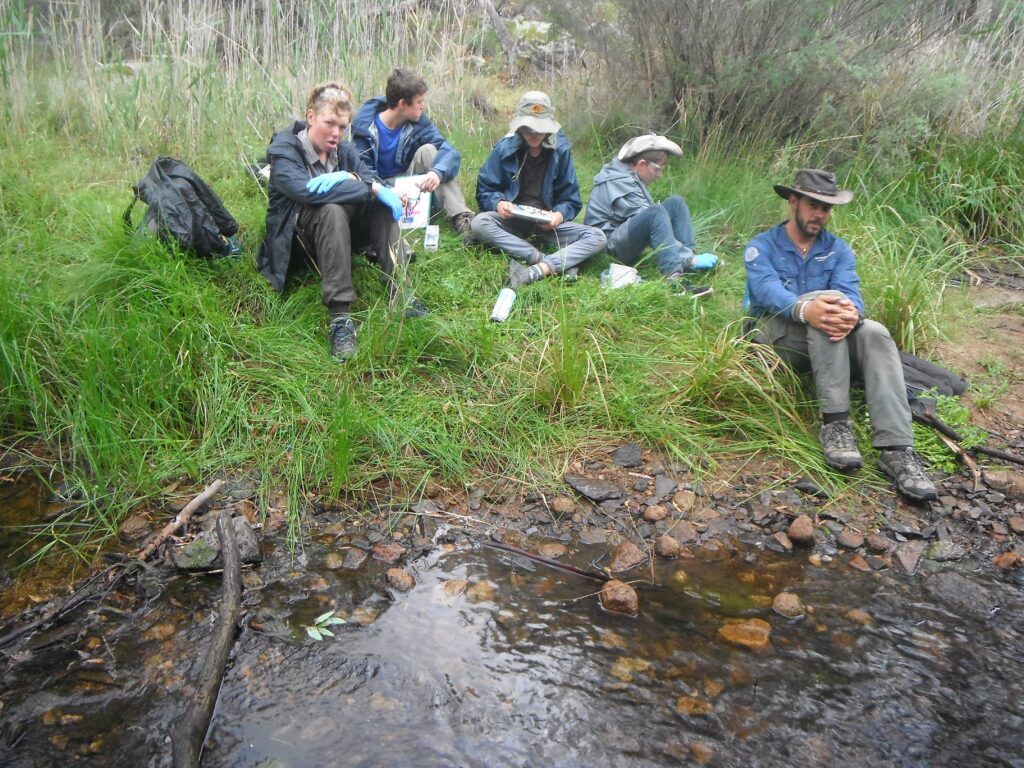 Today our instructors let us sleep in after a tiring past four days. We didn’t have to pack our sleeping bags or any of our gear into our packs, and instead wandered down to the kitchen for a hot breaky of bacon, eggs, hash-browns and toast, all with total multiple hot chocolates.

After our energy boosting breakfast, we packed up our campsite and cleaned all of the gear that we borrowed from Outward Bound. We did a really good job of cleaning and had enough time to go on the ‘play pen’. This involved us harnessing and helmeting up and having a new-found friend belaying each other as we took turns climbing firstly up a cargo net, then traversing our way up hanging tires and finally pulling ourselves up a pole and big metal staples. Once we had reached the top we stood on top of a big tire and did a dance while balancing with no hands 15-metres above the ground!

We were pretty full after our big breaky and so had a light lunch before hitting the high ropes course: something we had all been looking forward to over anything else! There were eight different elements to the high ropes and it was all over too soon, but we all agreed this was the best thing to finish on.

Finally, we had a Blue Peter ceremony and received a certificate and wrist band to conclude our epic five-day adventure. We met amazing new friends from different parts of Australia, who we’ll never forget. Outward Bound was a great experience. A couple of us are really keen to come back on the Navigator and Summit to Sea programs when we get older! Who knows, we may even become Outward Bound Instructors and inspire other kids one day! 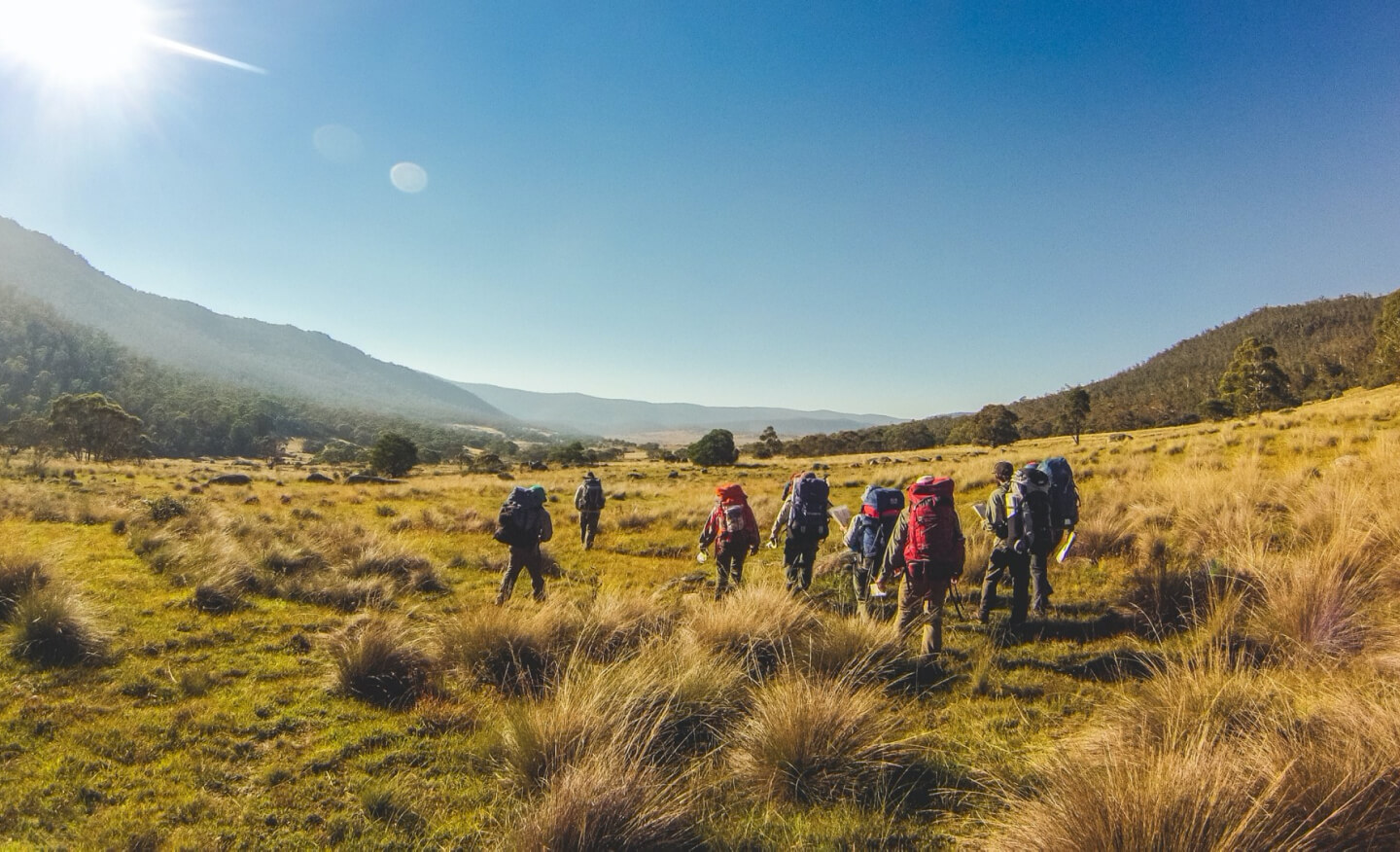 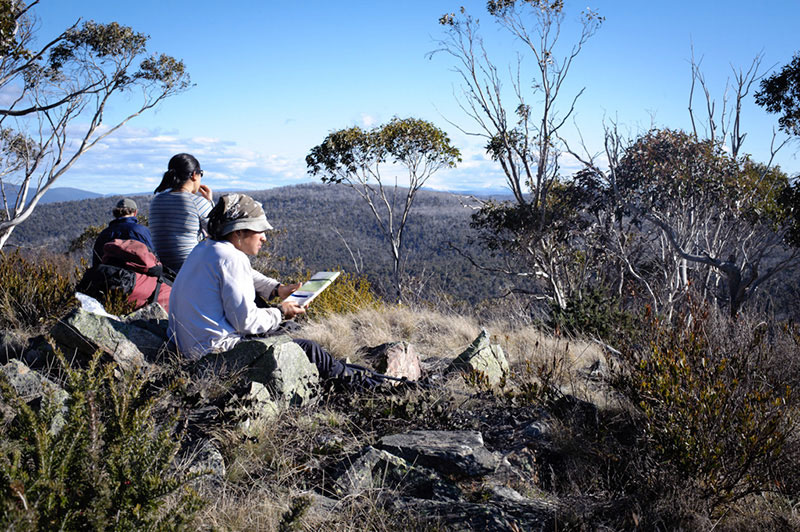 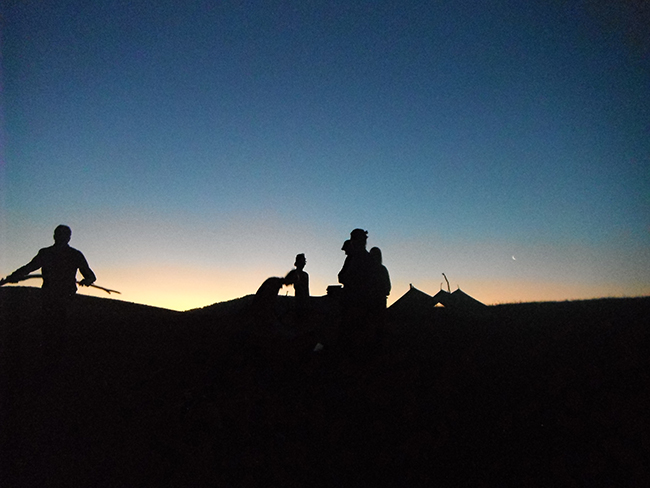 Snowy River Navigator – 2016
All Articles
Subscribe to
our eNewsletter