A Lesson in Self Discovery

Laura Marshall is a former Outward Bound Australia staff member (2004 to 2012). Laura now lives in Canberra, ACT, where she works as a secondary school teacher. Laura is also an ultra-endurance athlete who in between 29th September and 9th October 2018 will attempt to become the very FIRST solo Australian woman to take on one of the world’s toughest ultra-triathlons that covers 465kms from London to Paris – The Enduroman Arch to Arc. This gruelling event involves a 140km run from Marble Arch in London to the coast of Dover, a 33km+ swim across the English Channel and a 292km cycle from Calais, France to the Arc de Triomphe in Paris. Since the event began in 2001 (and as of end of August 2018) there have only been 33 successful solo athletes complete it – 8 of whom have been women. If completing all 3 legs of the event under your own steam wasn’t enough, Laura has also elected to take the traditional approach to swimming across the English Channel in just a swimsuit and swim cap, something that within the realms of this particular event is relatively rare, as most competitors choose to swim in a full length wetsuit for added warmth and buoyancy. As part of this event Laura is hoping to raise awareness and funds for beyondblue, a fantastic Australian organisation that helps people affected by anxiety, depression and suicide.

In 2004 I started at Outward Bound Australia from Outward Bound Scotland. I had a passion for mountains and had always wanted to see Australia – especially Ramsay Street (yes, I was a BIG “Neighbours” fan)! This opportunity to work at Outward Bound Australia gave me the confidence to follow a dream. See, it is not just the students we guide and facilitate on course; we also learn about ourselves. So here I was learning how to be an Outward Bound instructor in a different culture, climate and surrounded by new people. I was blown away by the friendliness of the people and the community. Although I was unsure at first, being an “OB’er” quickly became a way of life. I made lifelong friends, travelled to unknown corners of Australia and helped guide folk, or did they guide me….?

“There is more in us than we know. If we could be made to see it, perhaps for the rest of our lives we will be unwilling to settle for less.” Kurt Hahn

Gaining confidence in myself has helped me to live a life where I could help share what I learnt from Outward Bound – that I could achieve what I put my mind to. This led me to continue in education and study to become a teacher. It took a while to finish but I believed in myself and persevered. Throughout studying, I was lucky enough to have some adventures including cycling 13000kms across the United States and mountaineering in the Himalayas. Reflecting back on this period I have learnt that once you find the motivation and your “why”- the “how” will happen on its own.

My next adventure is called the Enduroman Arch to Arc (A2A) and will begin at the end of September this year. It is a triathlon that starts at Marble Arch in London. From the Arch it is a 140km run to Dover, a swim from Dover to Calais across the English Channel and then a 292km bike ride to Paris to finish at the Arc de Triomphe. It might sound cliché but I have been training for something like this for all my entire life as endurance takes time to gain and can only come with experience. I have been fortunate to have had opportunities to participate in a variety of endurance events thus far. These range from marathons, ultra-marathons, 24 hour mountain bike races, triple triathlons and even being part of the Outward Bound team for two XPD Adventure races in Cairns and Tasmania. I feel like all these events and experiences have all been building towards the current challenge to complete the A2A. 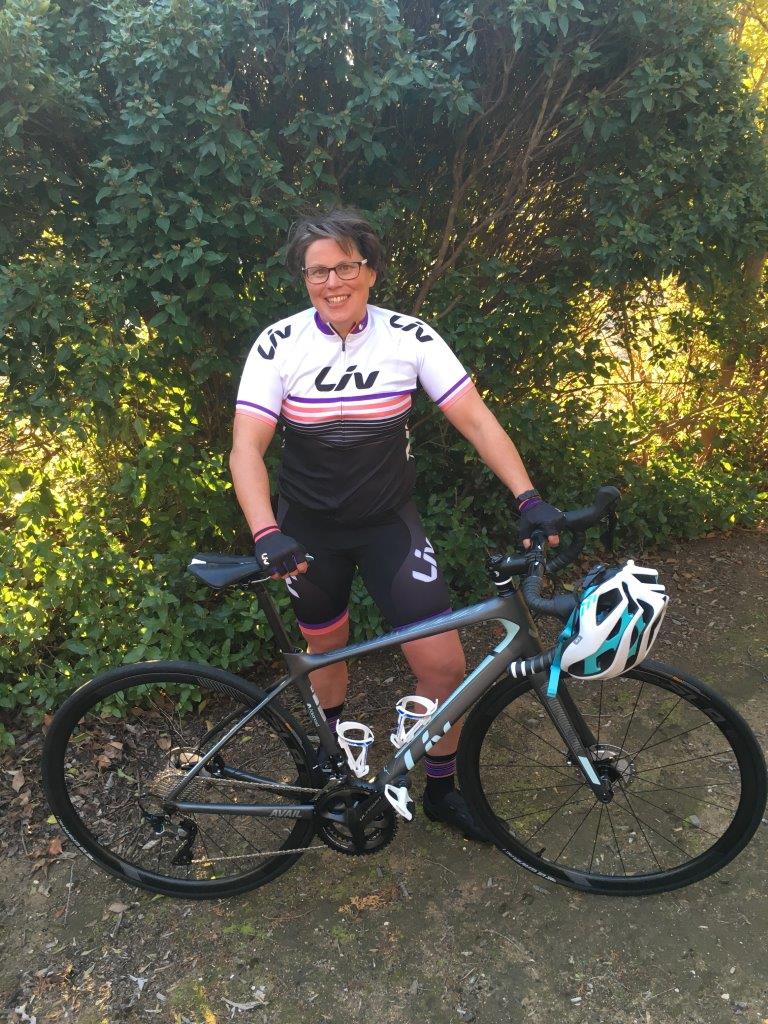 Training in earnest for this event started at the end of 2016. Whilst I had participated in triathlons before, I started by focusing on my weakest discipline – open water swimming. Although I have been swimming since I was a toddler, I was new to the environment of open water swimming which included dealing with sea salt, nutrition and creatures of the deep. One of the main aspects for me was to be persistent and consistent in my training. A lot of people ask me how I train for something so big and the simple answer is I just break it down in to small achievable chunks or goals and focus on just one session at a time. In general, I train 6 days a week, doing 2 to 3 sessions per day and at my peak putting in around 40+ hours a week. This could include around 40-45kms of swimming which would be a mix of set pool sessions and a longer open water swim on the weekend ranging from 5 – 10 hours. As the English Channel is considered a cold water swim it was also very important for me to become comfortable swimming in cold water (generally considered to be 14 – 16 degrees Celsius). This has meant spending time swimming in Lake Burley Griffin, the Queanbeyan River and lots of trips to Sydney to swim in the ocean. Running wise my training has varied from lots of shorter (15 – 25km) runs on the back of other training sessions to a day of 100kms of just running. With cycling I tend to do 3 -4 sessions a week with a long (100 – 250km) ride on the weekend taking in the peaks of Canberra; Mount Stromlo, Mount Ainslie, Mount Majura and Black Mountain. 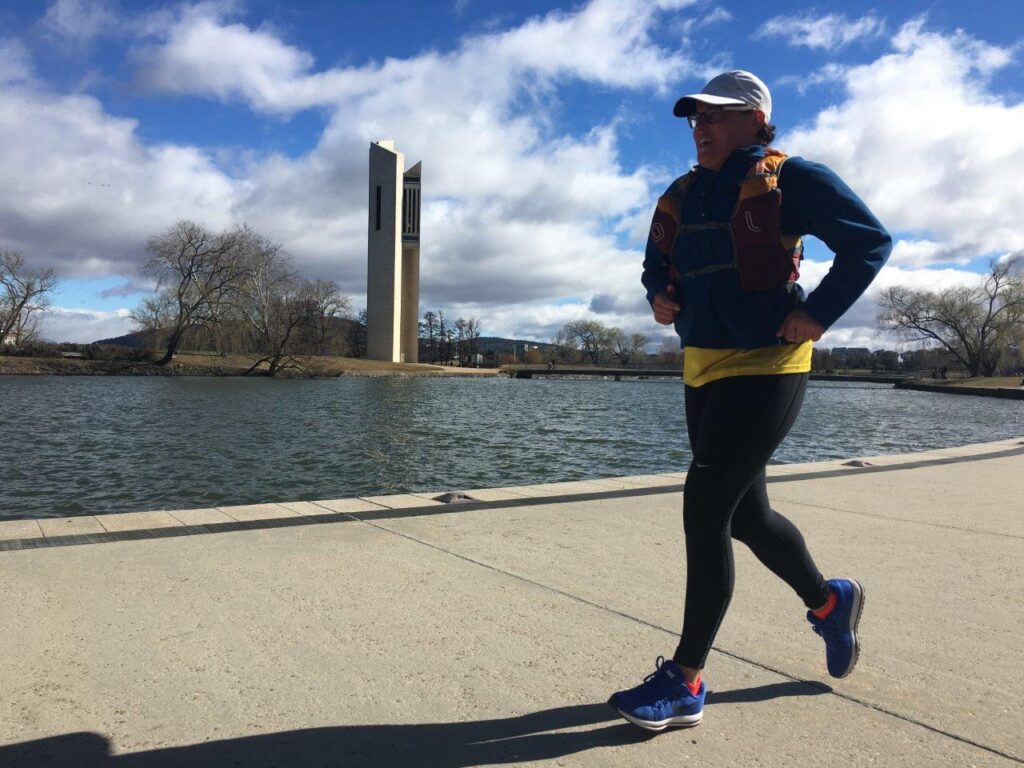 Overarching the physical side of training is the area of mindset. With endurance training and events there is a lot of time to think. I have learnt the importance of not overthinking and ensuring my thoughts are positive. If negative thoughts creep in (and they do), it is imperative to have strategies in place to recognise and eradicate them. For me the techniques that I have found most helpful have been visualisation, recalling/reliving positive training experiences and key words that help me focus on the task at hand and break the negative spiral of self-doubt. It is also important to remember the reason why I am doing this and recognise the people who have supported me along the way.

After two solid years of training and a lifetime of adventures, I am now only 3 weeks away from taking on the biggest sporting challenge of my life. It definitely has not been an easy road to get to this point and to say it has been a roller-coaster would be an understatement. Thank you so much to the Outward Bound Australia community who have reached out to support me on this adventure. Your generous donations and words of encouragement mean the world to me and I will be thinking of you all as I trundle along on my way from the Marble Arch in London to the Arc de Triomphe in Paris. 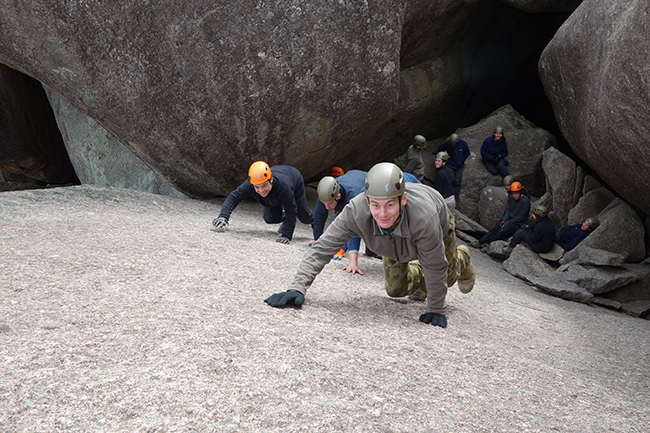 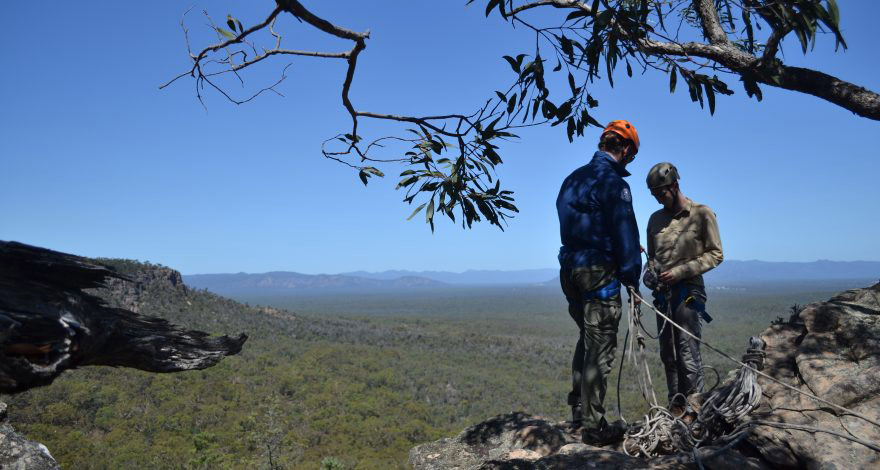 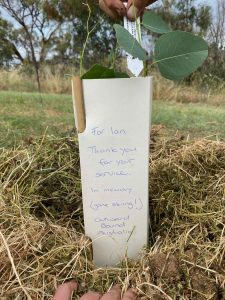 Vale Ian Adrian Curlewis
All Articles
Subscribe to
our eNewsletter